TAKING PIZZA
BACK TO THE FUTURE

White Monkey as a format
between restaurant and event

At their core, restaurant concepts naturally focus on the culinary orientation. Gone are the days, however, when that alone could make a restaurant stand out and give it a unique image. In urban settings at least, a restaurant is also an experience – and a brand space. This development is driven by what we call system catering: where for a long time there have only been fast food chains like McDonalds and KFC, large-scale operators are now establishing a new kind of concept. Some examples of this include Vapiano and Hans im Glück. The Swiss Marché Group, a very experienced operator of well-known restaurants such as Marché and Mövenpick Restaurants, has noticeably freshened up its own strategy and is striving to maintain its position on the market with new concepts. 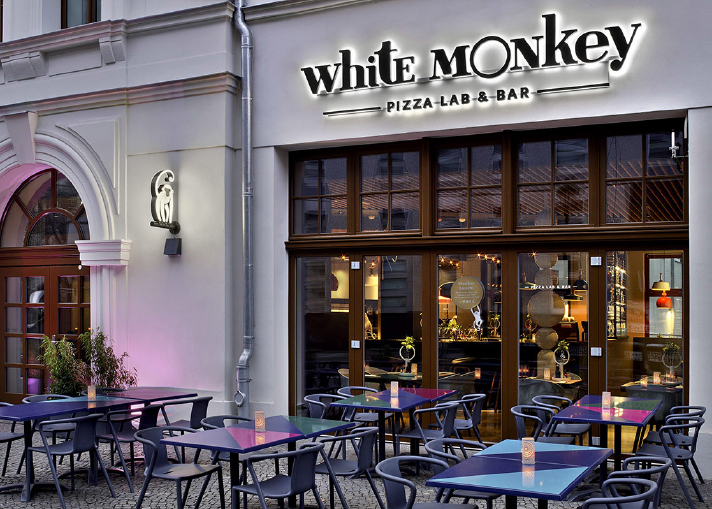 The Stuttgart-based ippolito fleitz group was tasked with developing one of these ideas for a new restaurant concept. The interdisciplinary studio combining the disciplines of interior design, communication and product design was involved right from the start in reinventing “a pizza restaurant”. Marché had come up with the basic idea and also had the specialist expertise to reinterpret one of the most well-known food products. The goal was to develop a holistic space and brand concept that could later be scalable worldwide.

This resulted in the development of the “White Monkey – Pizza Lab & Bar” brand, which links the strategy and concept excellently: with the guiding principle of “taking pizza back to the future”, the brand respects traditional pizza culture, but at the same time breaks away from it in a bold, courageous, tongue-in-cheek and unusual way. The white monkey thus represents the restaurant’s uniqueness and unexpected approach as an experimental laboratory and relaxed bar.

The first restaurant was opened in Leipzig in 2017. The room and visual communication deliberately invoke traditional pizza moments – and, of course, the white monkey is used both as a space-defining figure and as a label for drinks glasses.
At the same time, the Stuttgart-based brand specialists also developed a communication campaign with the motto “If it sounds tasty, we’ll make a pizza out of it”, selling unusual pizza creations with sashimi, salmon, jalapeño and ricotta. 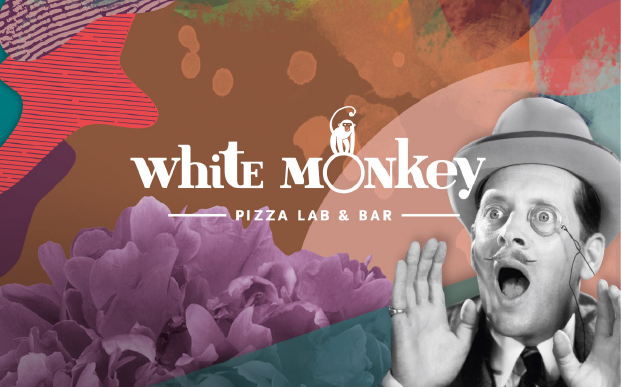 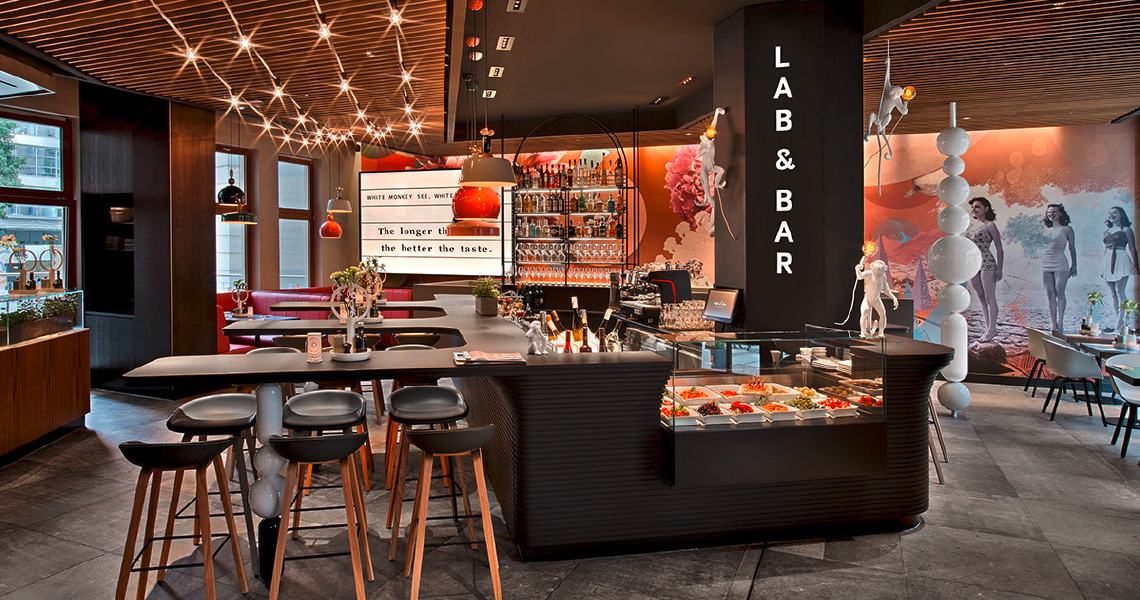 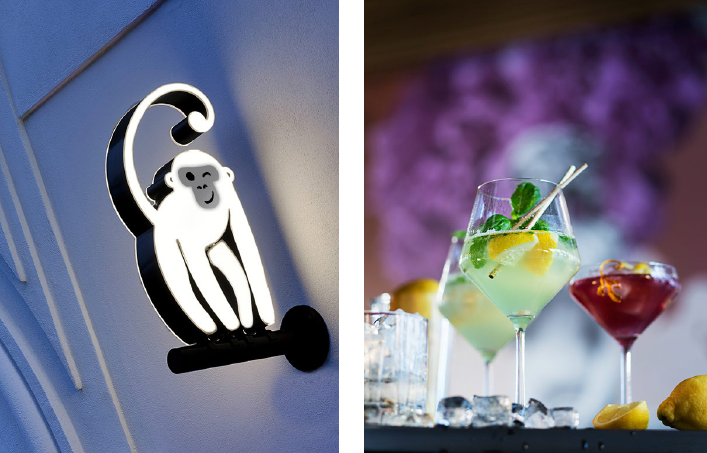 The overall project has been published several times in international magazines. Find out more about the project here:

Taking pizza back to the future